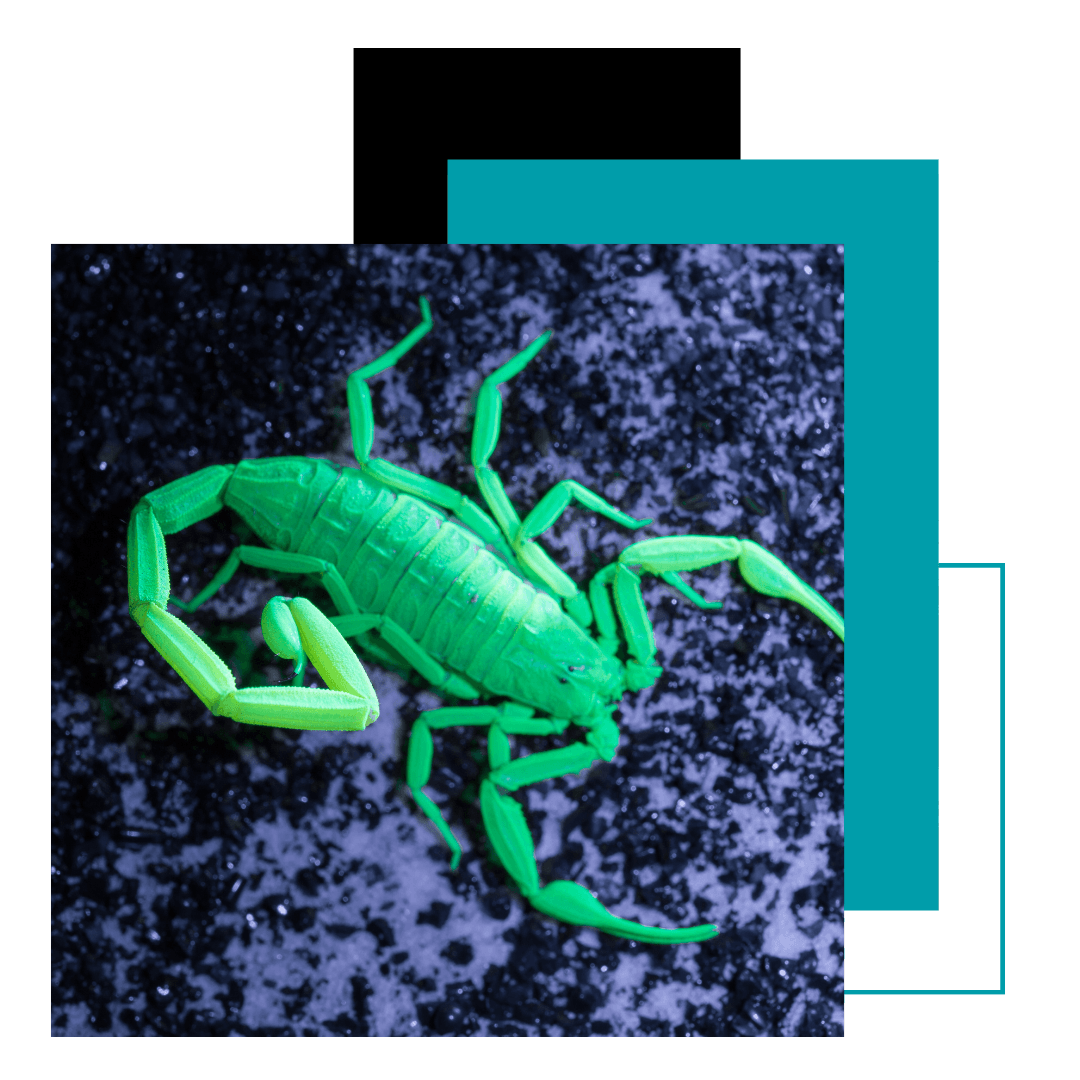 One of the scariest looking creatures that live in Arizona is even scarier when you consider how it behaves. With their trademark pincers, eight legs, and a nasty-looking stinger that curves up and stands over its body, scorpions are one of the creepiest crawlers there are. When encountering one unexpectedly, especially in your home, it can be a horror movie come to life. Nocturnal creepers that they are, these stinging arachnids seek out dark a hidey-hole during the day wherever they can find it.

Scorpions are venomous, but this sounds worse than it is as most species’ stings have been compared to a bee sting in pain and effect, although they may cause worse symptoms in young children or if an allergic reaction is caused. There are many different types of these arachnids, however, and some of them are a lot more dangerous than others.

Their evolutionary history goes back 435 million years and has now branched into over 2,500 different species split into 22 families, 25 of which have powerful enough venom to kill a person. Thirty species call Arizona home, and out of those, only one of them is deemed as life-threatening , and that is the Bark Scorpion. Interestingly, the Bark Scorpion enjoys being upside-down, which allows it to occasionally surprise people. They can do this because of their ability to climb, a skill that makes them unique amongst their kind. Because of this, these scary creeps can be found just about anywhere, from a high-up rock crevice to a branch, to someone’s sink or bathtub.

Scorpions may have originated in the desert, but over time have spread throughout the world and have adapted to many different habitats. They can dwell on rocky outcrops, in trees, in the ground, and unfortunately, your home.

Scorpions are predatory and not picky when it comes to what they’ll eat which includes beetles, crickets, wasps, grasshoppers, and especially termites. They have also been known to take down prey as large as lizards, snakes, mice, and other mammals. Scorpions are born with natural weapons that can be used for both offense and defense, making them a tough contender when it comes to small creatures trying to resist or larger ones looking for a meal of their own.

Just like spiders, scorpions are arachnids, and as such, they digest their food outside their body. After using their powerful pincers and sharp, venom-injecting stinger to immobilize and kill their target, they use their pincers to pull pieces off the prey and take it into a small pre-oral cavity. Once here, they eject their stomach acid, which breaks down what is digestible into a liquid, which is then sucked into the mouth and eaten.

If you see scorpions anywhere near your house, that usually means that there’s plenty of food around for them, which can mean other pests. Since it is not recommended to get too close to them, they might be tough to identify. Have no fear because residents of Phoenix, Scottdale, and Tucson can contact 520 Termite & & Pest Solutions to take care of their pest control needs. With over 40 years in the industry serving southern Arizona, contact us when you’ve got creepy-crawlies invading your residential or commercial property.